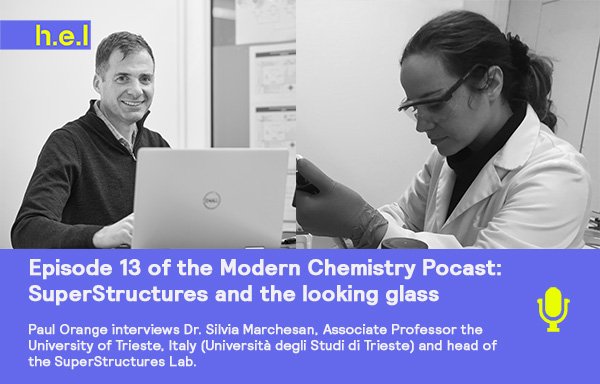 You can also listen to this podcast by clicking on this link https://0-series-preview.simplecast.com/episodes/superstructures-and-the-looking-glass

Our theme music is “Wholesome” by Kevin MacLeod
Music from Film Music
License: CC BY
Connect with me (Paul) on LinkedIn.

Trieste) and head of the SuperStructures Lab. Before her current position, Silvia has worked in the UK and Australia, using a range of biology and chemistry techniques. Her current research focus includes the self-assembling properties of superstructures and how to design the necessary building blocks that create those structures.

We discussed the drawing of Alice going through the looking glass during our discussion, you can see it here.

Silvia also mentions an article in the journal ACS Nano, you can find that here.

Silvia is contactable on social media, you can find her on LinkedIn and Twitter. You can also find out more on the group website.